HOME ＞ ABOUT US

The more international trading and investing have become liberalized, the more logistics have become globalized. In the current global situation, “shipping” has solidified its position as a major form of commercial transportation.

Vessels, the main player in global logistics, possess weight for the purpose of balancing the hull or keeping draft. This weight is called “ballast,” and except for special purpose vessels, water is generally used for this “ballast” due to its flexibility and cost. In particular, at unloading ports, vessels take water into their ballast tanks to maintain stability; while at loading ports, these vessels then discharge the ballast water overboard to balance the hull with the loaded cargo.

When taking ballast water up into the tank onboard, foreign substances or fish, among other unwanted debris, are removed by a sea chest strainer. Smaller organisms and planktons, however, can fit through such strainers and make it into the tank with ballast water.

According to IMO’s report, thousands of marine organisms are carried together with ballast water from their original living area. Though most of these organisms perish in the ballast tank during voyage, some stay alive and are discharged with the ballast water at the next loading port. These marine organisms and elements of their habitats, “invasive species” in other words, are then transferred across countries, regions, and continents, often negatively influencing the ecosystem of the discharging port and its surroundings.
Ballast water treatment has thus become a major worldwide issue in regard to the marine environment. 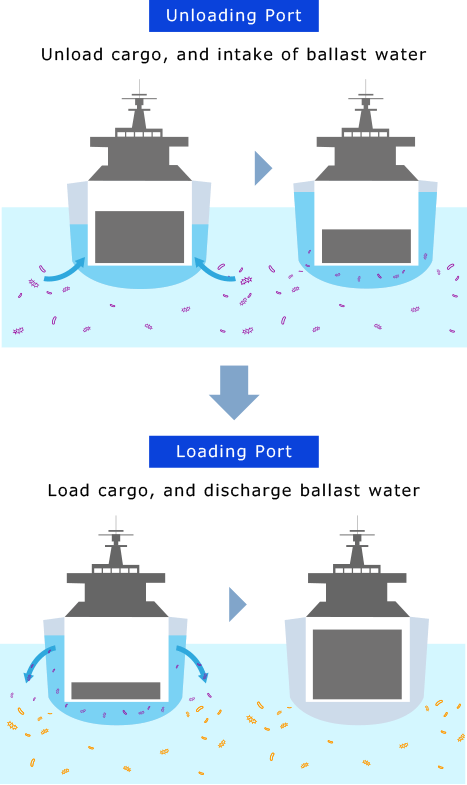 Impact on Ecology and Economy

Since the 1980s, various problems in marine/coastal environments caused by aquatic invasive species carried by ballast water have been reported.
For example, in the Great Lakes in 1988, zebra mussels, which are native to Europe, were first discovered in North America. They quickly overgrew areas of the Great Lakes, blocking up intake points of electric generation plants, among other effects, and forced particular plants to shut down for certain periods of time. This is just one example of many environmental/economic damages reported worldwide due to aquatic invasive species introduced by ballast water. 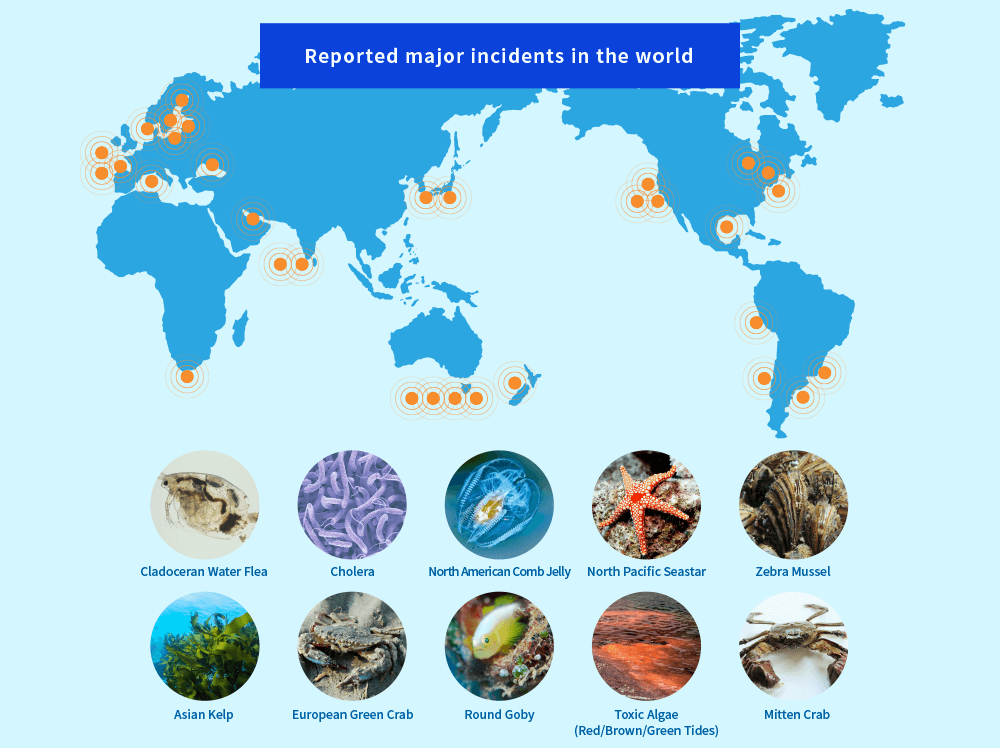 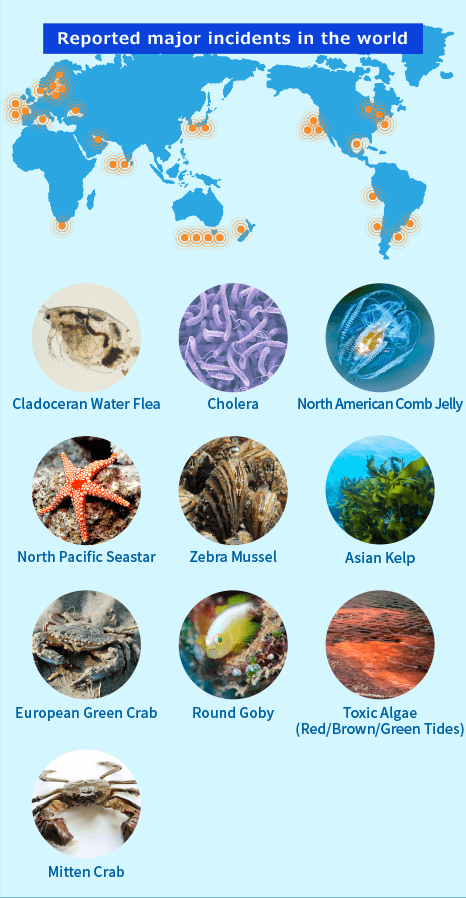 Attempting to preventing marine and other ecosystems from invasive species introduced via ballast water, the IMO adopted the BWM Convention (the International Convention for the Control and Management of Ships Ballast Water and Sediments) in 2004. The Convention obligates all vessels of total tonnage over 400t to install a Ballast Water Management System or other appropriate method of control. On September 8th, 2016, accession by Finland triggered the fulfillment of enforcement conditions; “more than 30 countries ratified the convention’s decrees, accounting for more than 35% of the combined tonnage of contracting states.” The Convention entered into force 12 months after, on September 8th, 2017. In compliance with the treaty, proper ballast water management is required such as ballast treatment by BWMS approved by the IMO or through ballast exchange.

The ballast water treatment system is commercialized through the following procedure:

More about G8 guidelines, G9 guidelines can be found here;

Apart from the IMO Convention, the USCG (US Coast Guard) has instituted their own ballast water discharge standards. Vessels wishing to discharge ballast water in US waters are obligated to comply with their requirements by treating any discharge with a USCG type approved BWMS or via other appropriate methods. However, as no qualifying BWMS was provided in 2012, the enforcement year of the new regulations, certain IMO approved systems have been approved to use in US waters as an AMS (Alternate Management System). Vessels equipped with an appropriate AMS have been allowed to be used for 5 years from their original compliance date, which means that a USCG type approved BWMS must be installed before the end this period in order for a vessel to continue such operations in US waters.

JFE BallastAce® has been type appoved by USCG in Nov. 2018.

JFE Engineering supports your vessels’ voyages all over the world without restrictions with the following approvals: